When it comes to assisting a car with a dead battery, two options are available: a portable jump starter or a battery charger. By pumping energy into a dead battery, each of these products restores your battery back to life. However, they operate in different ways, so while it may seem insignificant, knowing the difference between a jump starter battery charger is important.

As a side note, if your battery has died, it’s most likely because the car has been sitting idle for a long time, whereas if a battery has died faster than predicted, your car may have a broken battery or alternator that charges the battery when you drive. Consistently charging the battery helps keep your vehicle running, but if it appears to be losing charge quickly, there may be a problem that has to be fixed.

In this article, we will discuss the differences between a jump starter vs battery charger. Continue reading for more information.

Contents show
1 What Is A Jump Starter?
2 What Is A Battery Charger?
3 Difference Jump Starter VS Battery Charge
4 FAQ
4.1 Can you charge a car battery without removing it?
4.2 What happens if you leave your car’s battery charger on too long?
4.3 Can you charge a car battery while it is still connected?
4.4 Can you use a battery charger to jumpstart a car?
5 Conclusion

What Is A Jump Starter? 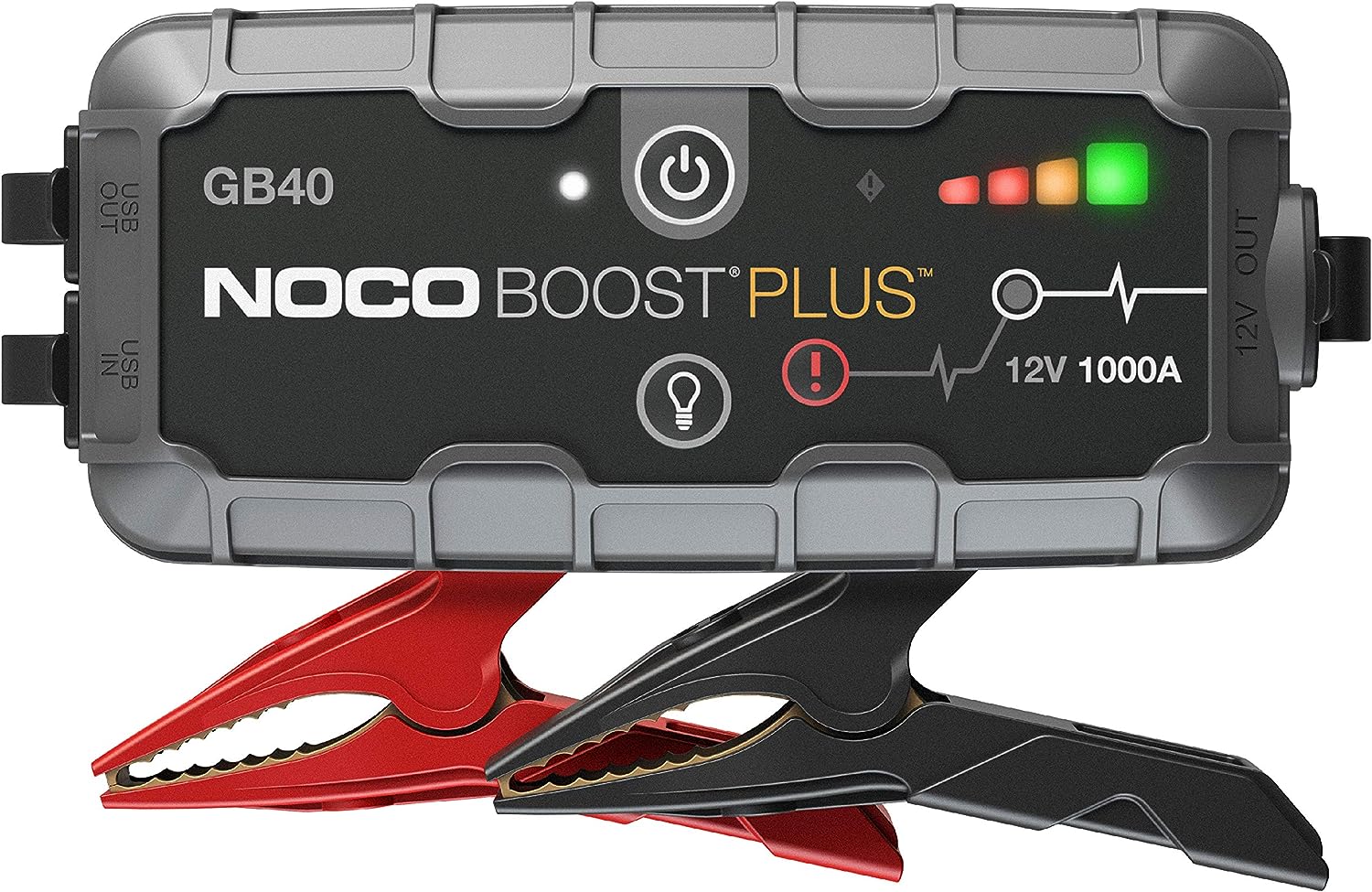 A jump starter sends out a burst of power that is made to jump-start a battery. These devices provide a far larger power than chargers; however, they are inconsistent. That’s why the term “Peak” is used in this industry. It denotes the maximum amperage that a device can produce. However, this does not imply that it consistently produces the maximum output. Many companies, in fact, emphasize the number of “cranks” inside the peak power. In most circumstances, the number of cranks is determined by the battery quality of the device.

Jumpstarters feature dedicated batteries rather than relying on household electricity. The quality of this item, as expected, has a significant impact on the entire cost of the product. Moreover, since chargers only execute one action, jump starters can be employed for a variety of other purposes.

Many new starters come with a variety of extra features, such as LEDs, USB ports, micro USB ports, and so on. As a result, you may use them as an emergency backup for practically all of your smart gadgets. It’s also convenient because the majority of models have a pleasing appearance and are compact. You can keep your device in the glove box of your car at all times and use it in an emergency, especially if you’re driving, traveling, or camping.

What Is A Battery Charger? 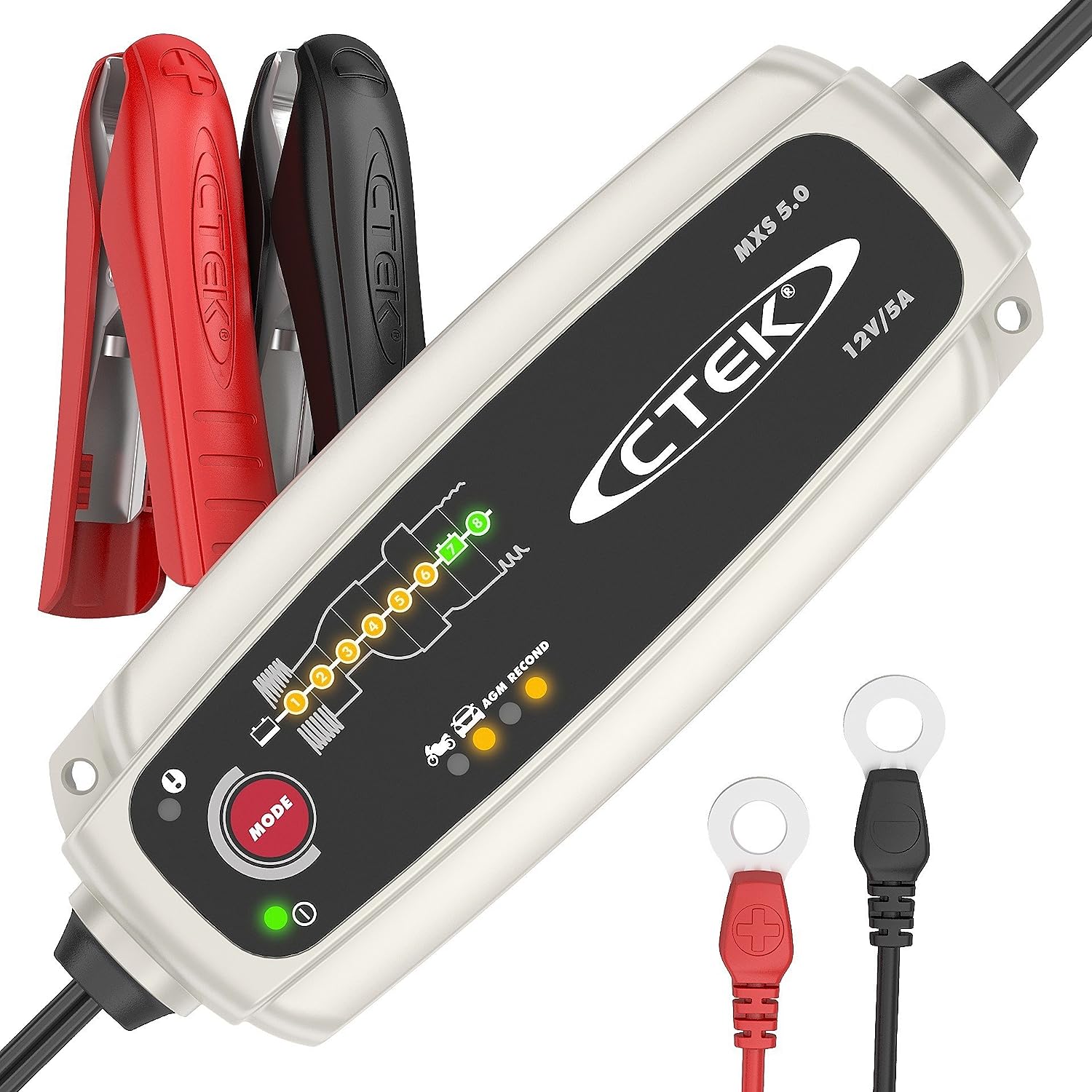 As the name implies, this charger functions in a similar manner to any other charger you would have at home. It connects to your automobile battery and plugs into a wall socket, allowing you to recharge your battery once it has been discharged.

They function by recharging the battery with electricity. However, because of the size of automobile batteries, this may take some time. While your phone’s battery may be recharged in a few hours, your car’s battery could take anywhere between 8 and 20 hours to recharge from a dead state. Generally speaking, it takes about three and four hours of charging time to recharge a dead battery to the point where it can be used to start a car.

Generally, higher powerful chargers that can fill the battery very quickly are more expensive, but they are also bigger and heavier as a result of their size and weight. Having said that, because this is a product that will most likely be in your garage rather than being transported in a vehicle, size should not be a significant consideration.

The fact that battery chargers must be connected to both the battery and a power outlet necessitates having a garage with a wall socket in reach of the car, or having the battery removed and brought inside before plugging it in is required. The advantage of using a charger rather than the best jump starter is that you can tell when the battery has received a complete charge. Once the battery has been fully charged, it will start your car regularly and dependably. Yet, if the battery ends up dying again as a result of a problem somewhere else, the charger will not be able to start your car immediately.

Nowadays, the market offers a variety of chargers with varying outputs. When it comes to battery chargers, the bigger the production volume, the faster a battery may be charged.

Whereas in comparison to a  battery charger, a jump starter is more portable. The design of a battery’s jump starter is straightforward. Because it is only wired, it is easily transportable. Simply said, a vehicle jumper is convenient to transport in the trunk of your car.

On the other hand, a battery charger is a bit more complicated and cumbersome. As a result, bringing the charger might prove challenging, as it may end up taking up more space than a jump starter.

Nowadays, you can get jumpers that are small enough to fit in the pocket or glove compartment. This accessibility is why the majority of drivers prefer jump starts over battery chargers.

Battery chargers are slightly more expensive than jump starters. One thing to keep in mind is that their cost is proportional to their use.

Can you charge a car battery without removing it?

You can charge the battery either while it is still inside the car or after it has been removed.

What happens if you leave your car’s battery charger on too long?

The battery will die if the charger is left attached for an excessive time period, even at two amps. Excessive gassing from overcharging The electrolyte heats up, releasing hydrogen and oxygen gas. Gas accumulation can cause sealed batteries to explode.

Can you charge a car battery while it is still connected?

Charging a car battery while connected is perfectly safe.

Can you use a battery charger to jumpstart a car?

A battery charger delivers a little change over time to allow the battery to absorb it and maintain voltage and amperage. The charger does not produce enough amperage to jumpstart the car.

Choosing between a jump starter and a battery charger for a car battery might be complicated. If you are not a car fanatic, you may believe that the two devices perform the same function, which is not the case. This article discusses several key distinctions between the two.